I believe that stroads should be turned back into Streets, and roads preserved for their transportation function. I’m a Strong Towns member, and fully support the argument that the best solution to stroads is to reconstruct them into streets. #SlowTheCars is the right approach. Key to that approach is that changing speed limits doesn’t do much to slow cars, and that ticketing people for going the design speed instead of the posted speed is often just a pretext for profiling and oppression.

BUT. It will be a long while and trillions of dollars to accomplish that. Undoing the damage of the past is not easy, because the money it would take to fix everything has long since gone into the pockets of those who profited from unsustainable (socially, economically, environmentally) development. We will have to triage, changing the most dangerous places first, and those places with the best chance of becoming walkable, livable, and vibrant second. We may never, and perhaps should never, get to those places that are the model of the suburban experiment. Many suburban places will fail and go back to agriculture. Others will not. But spending a lot of money to fix a suburban stroad, adding sidewalks and bike lanes and street furniture, will be good money after bad because these places won’t ever be dense enough or successful enough to pay back the investment.

Back to speed. It will be a long while before we can lower the design speed of stroads and streets back to the correct speed. In most cases, that design speed should be 20 mph. Occasionally higher or lower, but mostly 20. In the interim, I think that we should reduce the speed of all urban streets, that are not arterials and collectors, to 20 mph. I am not suggested that this limit be tightly enforced, as the point is not enforcement but education and commitment. A community willing to lower the speed limit to 20 is a community willing to think about safety and livability, and to accept that the way we have done thing in the past is absolutely not what we need in the present or future. Setting speed limits to 20 is a message to pay attention and think about consequences. Portland and Seattle have recently reduced some speed limits to 20. 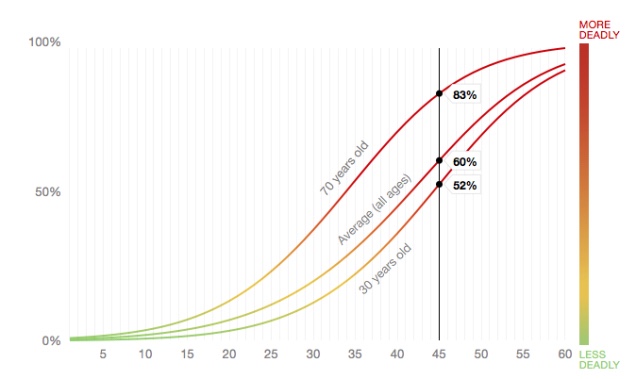 Enforcement? I would not focus on people driving the common speed. I would focus on egregious violators. Those who are going 15 mph or more over the speed limit. I feel that most severe crashes occur with people going well over the speed limit, for example going 55 in a 25. I see a few drivers doing this every time I’m on the roadways. For these people, the speed limit seems to be, whatever they can. These people are sociopaths, and I want them ticketed. Repeatedly. And then their licenses revoked. Permanently. And then jailed or electronically confined to home, if they continue to drive, as many of them do.

That covers suburban streets. What about the stroads, where after all most of the fatalities and severe injuries occur? The engineering profession calls these arterials and collectors, but they seem to have no category for a limited access, higher speed road within an urbanized area. Every road becomes a stroad, sometimes but design, and sometimes as politicians cowtow to donors. I’d be hard pressed to think of an arterial or collector in my region that is not also a stroad. Lanes proliferate. Curb cuts (driveways) proliferate. Signalized intersections proliferate, to the point that almost every intersecting street has a signal. Shopping centers, particularly ones with a Walmart, often have a thicket of signalized driveways.

For the stroads, I would set speed limits to 35 mph. That is not a safe speed for the design of these roadways, but again, it sends a message. And again, egregious violators can receive escalating consequences.

Yes, I support the idea of reconstructing roadways to design for the speed we want. In the meanwhile, if lowering speeds saves even one life, it is worth it to me. I’ll have more to say about speed soon.

One thought on “Yes, and lower speed limits”