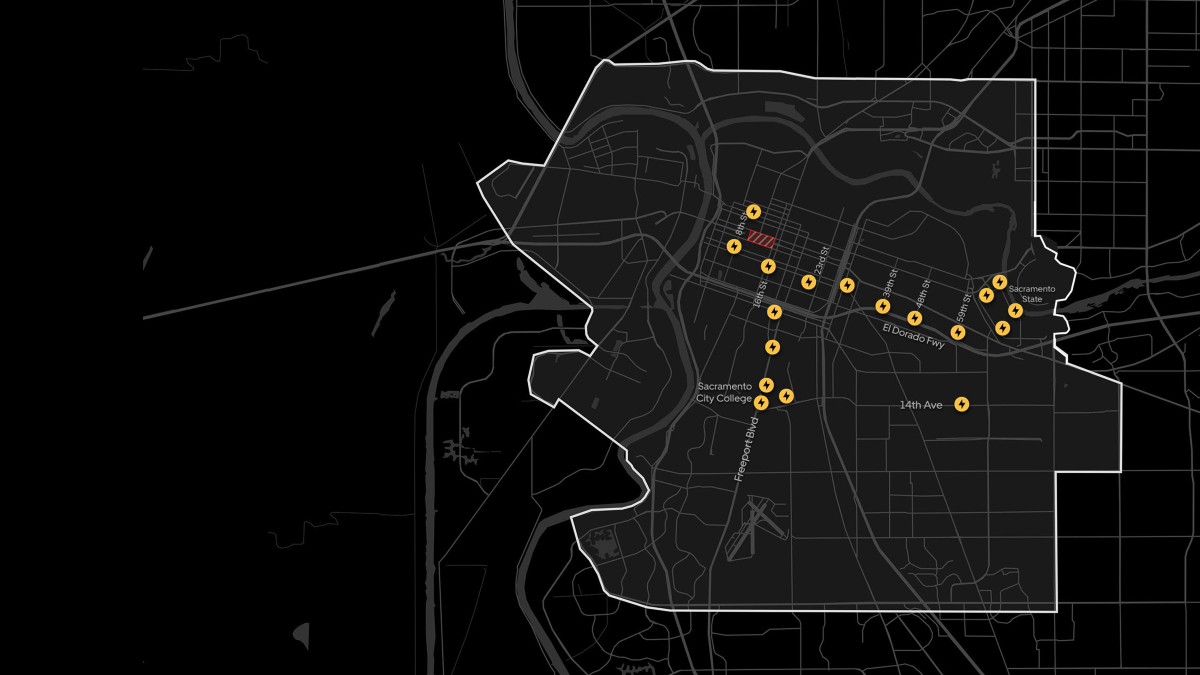 Someone asked me recently about the locations of JUMP bike charging hubs in Sacramento. There are 18 on the map below, and one new on on 19th Street just north of Q Street, at the Q19 Apartments development. I captured this map from the JUMP bikes website, which took a little doing.

I recently took photos of all the hubs I could find, and they are part of the Sac bike-share album at https://www.flickr.com/photos/allisondan/albums/72157713653167982. I was able to locate only one of the three hubs shown for Sacramento City College. It may be: 1) I just couldn’t find the other two (they are much harder to see at this time since they don’t have any bright red bikes in them), or 2) they are not charging hubs but regular bike racks, or 3) they are located where construction is going on and are inaccessible or removed. All the rest of them have at least one photo in the album.

So far as I know, there are no charging hubs in Davis, nor in West Sacramento (which shown on the map as part of Sacramento).

When you actually rent a bike, the app shows the location of these hubs, but with no bikes to rent (the system is currently shut down, in case you had not heard), I can’t see what the live map shows. But other than the one new one, I think this map is accurate. Let me know if you know otherwise.