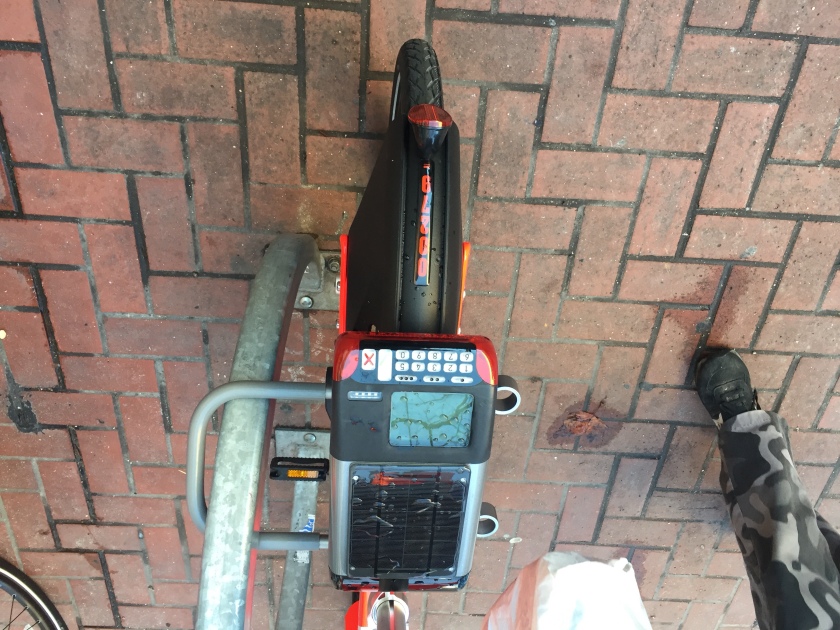 The announced JUMP bike share coming to Sacramento (Sacramento, West Sacramento and Davis) is fuzzy on details. The announcement says “SACOG and the cities of Davis, Sacramento, and West Sacramento are currently permitting the bike share hub locations and are beginning public engagement.” The implication is that the system will be dock-optional, with hubs located in common areas and a small fee for not parking the bike at a hub, just like the existing SoBi Tower Bridge Bike Share Preview. However, the two existing JUMP systems, in Washington DC and San Francisco, are truly dockless, not dock-optional. There are no hubs, at least so far, though SF is considering some hubs to encourage people to leave the bikes at charging stations.

The JUMP bikes are of the same basic design as the SoBi bikes, they have a GPS unit and a locking U-bar that is meant to lock to bike racks or other fixed objects. Many other bike share systems such as LimeBike have a self-locking wheel lock (like European bikes), and cannot be locked to a rack. The Zagster system I used in Ashland is a hybrid: there is a cable for locking to a hub, which the bike must eventually be returned to, and another cable for locking to racks or other objects when stopping off as part of an errand trip.

When I used JUMP bikes in SF last weekend, one end of my trips had ample bike racks, but the other end did not. At the far northern edge of the geofenced system area, in a residential neighborhood, I searched four blocks without finding a bike rack, and finally used a post that was not a good location as it may have partially blocked access to a building and to parking spots. It was only there for about 20 minutes, so I felt OK, but it really brought home that a dockless system that requires bike rack use, as does the JUMP system, needs ample bike racks to work.

In the Sacramento central city, some areas have ample bike racks, but many areas, particularly neighborhoods to the east, and state building and office building areas, do not. So if the Sacramento system is to be dockless, and if it is to be successful, the city will have to install many more bike racks, in a hurry. West Sacramento and Davis probably have a similar need, but I’m less familiar with them.

My suggested criteria for bike racks is that one or more be visible when standing on a corner at any intersection, anywhere within the service area. I think electric bikes can be a great substitute for ride hailing (Lyft and the company that shall not be named), and a great complement to transit, but only if a person can find a bike close to their origin, and leave it close to their destination.