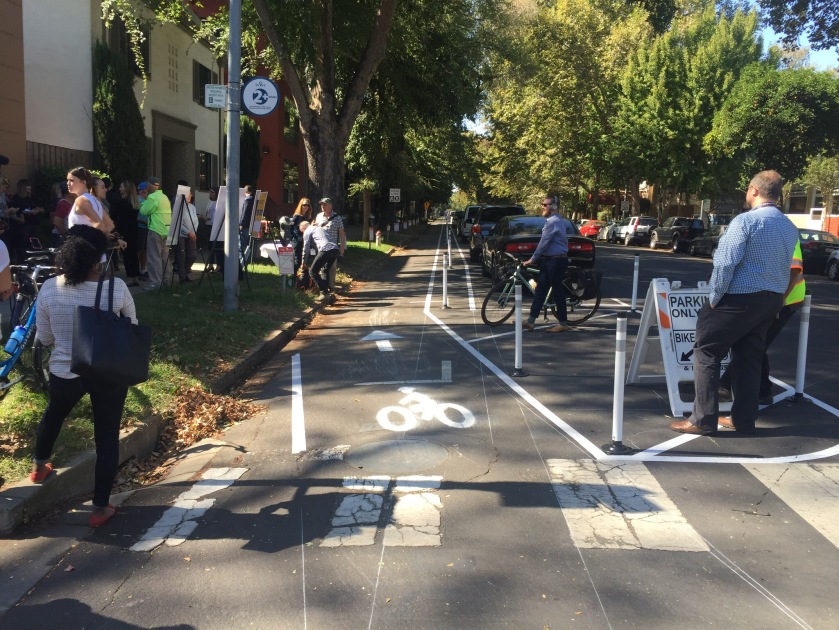 I was amazed at how quickly drivers adapted to the parking change. Most of the spots were filled with properly parked cars, even though the parking didn’t open until after the morning rush on parking. I was also noted that when the project was already set up for the morning inbound rush hour, there was no congestion on P St. This is the type of project that benefits drivers, bicyclists, and even people parking.

On of the questions about these facilities is how they interact with transit. The demo was placed on the left (south side westbound) to avoid interacting with buses. However, Route 6 Land Park and Route 38 P/Q Streets are low frequency 60 minute routes that should not strongly influence street allocation. An easy solution to having both separated bikeways and bus stops on the same side of the street is bus boarding islands within the parking lane or buffer, so that the bikeway passes behind the island.

I encourage you to get out and see, and use, the demo, and then provide your feedback to the city. The city will host an Open House on October 9 from 5-7 p.m. at City Hall. If you can go, please do! I’m sure there will be people there complaining about loss of a lane, and loss of parking (though there is only a slight decrease), and about change in general, so the city needs to hear from enthusiasts (we want it NOW) and thoughtful ideas for how to improve projects and install in more places. More information is available on the CityExpress page, and the Downtown Bikeways Project page. 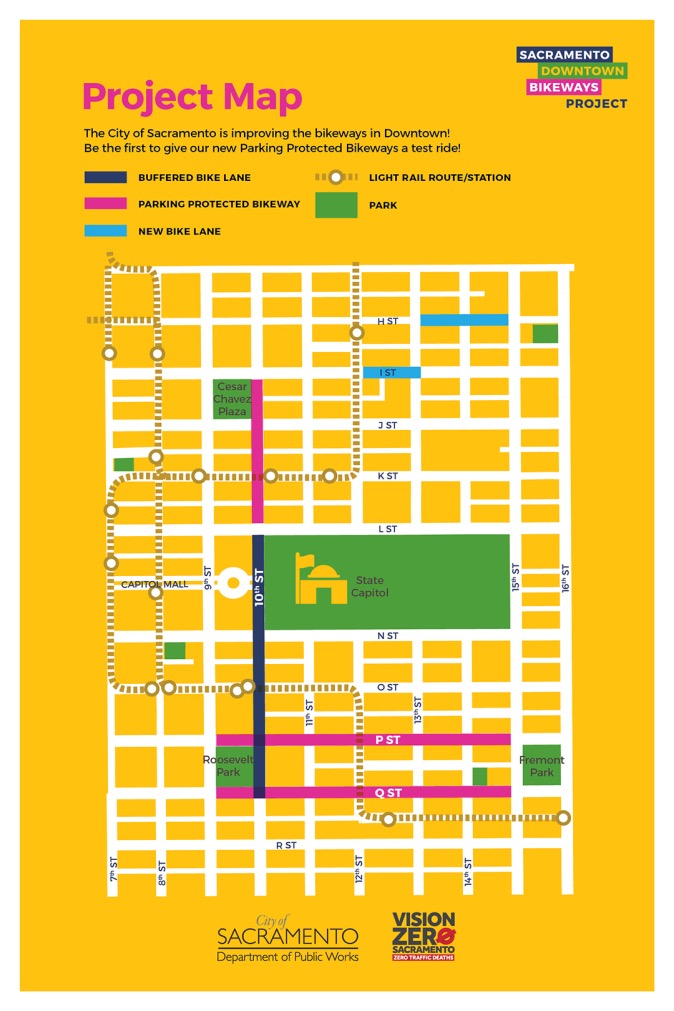