Cesar Chavez Plaza: The park always has people in it. Yes, some complain that it is the wrong (homeless) people, but I think a park full of people is a good park. The park hosts special events such as Concert in the Park, and has a seasonal farmers market. And it finally again has a restaurant. Too high-end for many of the people who use the park, but a positive nevertheless.

Roosevelt Park: The real strength of this park, in my opinion, is the basketball courts. I almost always see people there, playing and socializing. Many are not from this neighborhood, which I see as an indication that there is a much greater demand for high quality community basketball courts than is being met by the city. I'm not a fan of basketball, nor of the Kings who helped upgrade the courts, but I know park activation when I see it.

Fremont Park: This park has a playground used by every kid who lives in the neighborhood. It has a number of special events throughout the year, the biggest of which is Chalk It Up on Labor Day weekend. The park is surrounded by both housing and retail, so it gets a lot of unplanned visits. 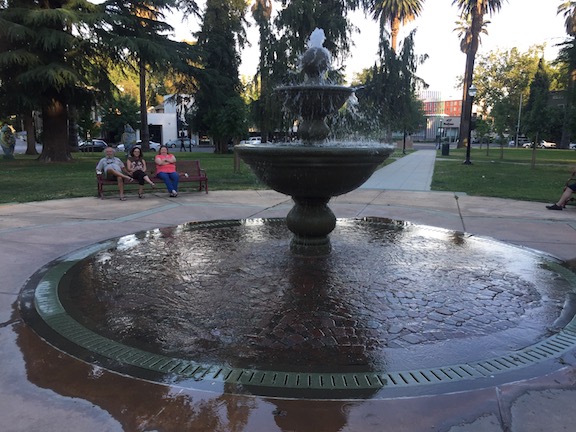 Capitol Park: Capitol and Sutter's Fort are of course not primarily parks, but parks surrounding important state buildings. For me, the most interesting thing is the arboretum. It could be better advertised and have an app guide, but nevertheless it is a great resource.

Sutter's Fort and State Indian Museum: Again, a park managed by the state primarily for other purposes, but with some nice park amenities. The ponds and fountains are my favorites.

Grant Park: This would be another big, bland water-wasting grass park, but it is saved by having a great little playground and a drinking fountain.

Zapata Park: Though small, Zapata has a playground, garden, court, grass and trees. The most distinctive thing it has is adjacent multi-family housing, so the park is always full of kids and families. 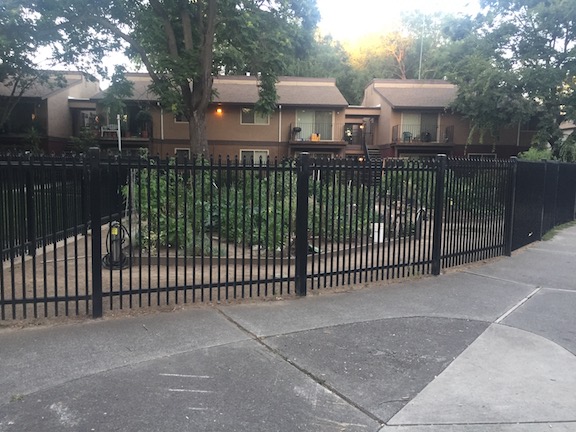 Southside Park: Southside is of course the gem of the central city, with a large number of amenities. The playgrounds are large enough to have a variety of equipment for different ages, with elements not seen in other parks, and is heavily used by families.

Next up: What activates a park?